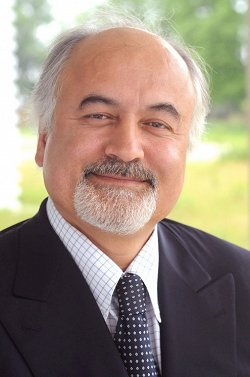 Invitation to the Greatest Show on Earth in Tribology

Among the many conferences or events featuring tribology as their main topic, World Tribology Congress (WTC) undoubtedly represents the greatest show on earth, featuring some of the latest and most exciting new developments in tribology. It also provides great networking opportunities and especially meeting with the next generation of tribologists worldwide. WTCs are organized quadrennially by a host country under the auspices of the International Tribology Council (ITC). The very first one was held in London-England on September 8-12, 1997, and then the Congress moved around the world in the following order: Austria (2001), USA (2005), Japan (2009), Italy (2013), and Beijing (2017). I was so privileged to be able to attend all of them and, in particular, the very 1st WTC in London, which sadly followed the tragic loss of Lady Diana on August 31st. I still vividly remember the streets of London with mountains of flowers and the large gatherings of people from around the world in front of the Kensington Palace, expressing their love and respect for her legacy of kindness.

In his inaugural address at the 1st WTC, late professor Peter Jost, founding President of ITC, had very clearly outlined the importance of this event in bringing the world tribology community together and providing the means for sharing the latest research results and developments in tribology. He also pointed out that from this moment on, WTC will provide an opportunity for tribologists from all over the world to meet, greet, and make lasting friendships for years to come. As always, Peter also reminded us of the importance of tribology for increased efficiency and reliability of machine components, ultimately benefiting the world economy and hence community.

First WTC had certainly set a high standard as it was extremely well organized both scientifically and from a networking perspective. As with all other WTCs since then, the organizers of the last WTC in Beijing have further elevated the stature of WTC as being the greatest show on earth in tribology by welcoming more than 2,000 delegates over a week-long event. The next WTC will not be less glamorous as early indications suggest despite the lingering Covid-19 Pandemic. It was originally scheduled to take place on September 5-10, 2021, in Lyon, France, but due to an ongoing pandemic, it has been postponed until July 10-15, 2022. How wonderful it would have been to celebrate the 100th birthday of Late Professor Peter Jost (the founding father and the first President of ITC) along with the 7th WTC in 2021, but unfortunately, it will have to wait until next year. I am very pleased to announce that a coveted award bearing Peter’s name “Peter Jost Tribology Award” has been created by ITC, and the very first recipient of this award will be presented during the next WTC. Thanks to the superb leadership of WTC Steering Committee: Philippe Kapsa and Michel Belin from Ecole Centrale de Lyon and Philippe Vergne from INSA as well many dedicated committee members, volunteers, and sponsors, this world event is poised to top all previous WTCs in attendance and scientific content as so far more than 1,300 abstracts have been submitted for consideration. Such a strong show of interest further confirms how resilient, dedicated, and determined the world tribology community is. I do wholeheartedly thank each and every one of them for their unwavering support of WTC and for their hard work in advancing the frontiers of tribology.

Since its foundation back in 1997, WTCs have played an important role in the worldwide expansion and promotion of the tribology field. Besides many great technical talks and poster presentations, Proceedings of the WTC has served well as great reference material for future scientists and engineers. There is no doubt that this relentless pursuit of excellence in the WTC organization will continue in the coming years as we already have five strong candidates (USA, India, Brazil, South Africa, and Malaysia) under consideration for the next host country. In closing, ITC sincerely thanks the founding visionaries of the World Tribology Congress and those countries that hosted it so impeccably all these years. Of course, the greatest thanks of gratitude are due to the world tribology community for their strong support and participation.

I look forward to seeing you all in Lyon.